The knockout competition was quite tough even in the 1st round. Altogether 24 matches were played in this event, only six teams qualified for the semi-finals and two wild card entries were introduced to make the tournament exciting. It was a knockout tournament and three teams with the highest net goals reached the finals.

The final was staged on 12th of April 2016 where two top  teams played for the 1st place and the loosing team competed with the third team for the 2nd place. President Sri Champaklal A Doshi, Prof. Dilip shah Dean of student’s affairs was present at the BFC finale to present the championship trophy and medals to the winning team and the runners-up. The event was coordinated by Prof. Divyesh Shah along with student volunteers. Altogether 150 students participated in this intra college event making it a grand success. 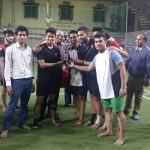 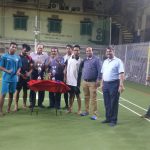 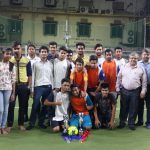 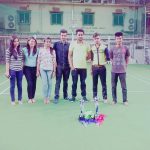 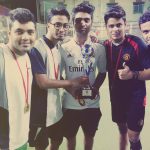