The NSS unit of the college organized a walk which was led by Mr. Rangan Dutta, a historian and heritage enthusiast. This walk was on 25thMarch 2015. It began at 7:15am, where 31 students were accompanied by Prof. Dilip Shah and Prof. Soumendra Laha. It started from Lalit Great Eastern Hotel, which itself is a heritage hotel.At the outset Mr. Dutta was felicitated by Prof. Dilip Shah. During the walk the entire Dalhousie area of the city starting from the northern gate of the Governor’s House and ended at the St. John’s Church was covered.It was then followed by visiting the residences of the junior offices that severed the governor during the Raj. It was interesting to see the two identical building facing each other opposite the Governor’s Palace. We were then led to the first insurances company which provided life cover to the Britishers. The Standard Life Assurance Company, the building is now occupied by the audit firms. The group moved to Central telegraph office also known as the Dead letter Office. We were then taken to the Tank Square, now called the BBD Bag .the place is surrounded by GPO, RBI, etc. making it look like a British square. We then visited a Scottish church, St.Andrew’s Church.

Walking past Writer’s Building, The Calcutta Tax Collectorate, RBI, The Eastern Railways, The GPO, Koila Ghat, we went to Metcafe hall, one of the seven protected monuments of Kolkata.The structure is tall as it is close to the river and at times when water is high the building should not get submerged. Then we visited the regionalheadquarters of SBI, of which Rabindranath Tagore’s Father was the first customer. Next was Calcutta High Court, that has earlier served Supreme Court. The court has a unique lion-faced water tap and dustbin. Then we proceeded to see the Calcutta Town Hall.The walk ended when we reached St.John’s church, the third oldest and the first Anglican church. We were allowed to go inside its premises. It was beautifully decorated with pictures. It had the Indian version of The Last Supper. We then explored the controversial Black Hole Monument within the church. At about 9.45 am we ended the walk with a feeling that we had somewhere connected to the rich and diverse heritage of the City of Joy. 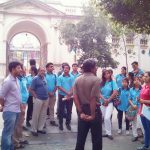 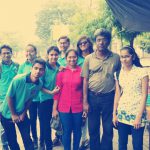 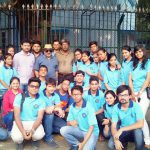 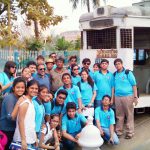 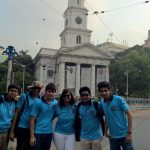 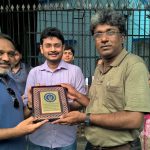 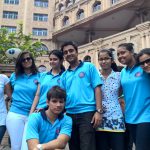 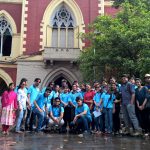 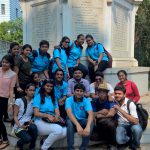 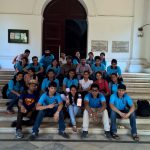 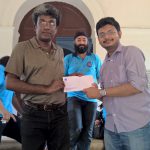