A triathlon is a multiple-stage competition involving the completion of three continuous and sequential endurance disciplines.

While many variations of the sport exist, triathlon, in its most popular form, involves swimming, cycling, and running in immediate succession over various distances.
Students of the Bhawanipur Education Society College (BESC) organised and participated in their own triathlon. 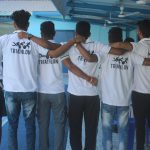 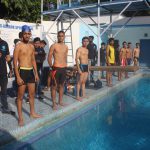 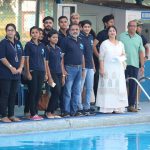 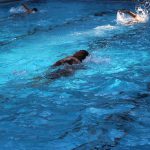 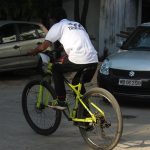 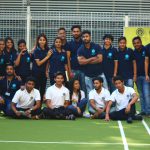 The event dived into the pool of the Dalhousie Institute(DI) only to cycle all the way to the Northern Park, where a 600m run wrapped it up.

Even for BESC students who participate in back to back classes of Stats, Accounts and Costing, it wasn’t an easy feat – physically exhaustive as it was.

In all 8 teams of 4 students each had participated with all the eight teams clearing all the legs of the competition.

The College Team for the forthcoming Triathlon Championship was selected from the winners who will represent the college.

We will fail in our duties if we do not acknowledge the cooperation of the traffic department of the Kolkata Police, the local Councillors, the Managing Committee of the Dalhousie Institute and everyone else who helped the college students organise an event of such a scale without any glitch.