It all started with Goonj – the St. Xavier’s College Cultural Fest. Umang – the Home Fest of BESC (also the biggest of its kind in this side of the Cantilever).

Umang, it will not be out of place to mention here, comprised of a whooping forty-nine events in which one thousand plus participants from fifty- one colleges had taken part.

When the dust settled after the three-day extravaganza was complete, BESC students had emerged top guns in most of events, with an almost unachievable strike rate, even by T-20 standards. 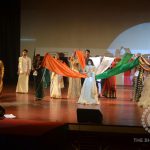 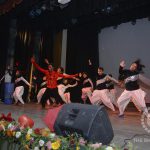 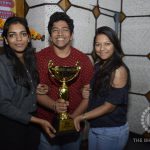 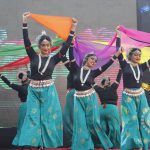 The BESC bandwagon then ran virtually unopposed through:
 Shrijan the Shri Shikshayatan fest, where it won most of the events it had participated in and
was adjudged the winner;
 Goonj, in St. Xavier’s College again, with wins in most of the events its students participated in;
 Xavotsav, in St. Xavier’s College where it replicated its success in the home match;
 Invictus, in J D Birla, where it missed the top slot by a whisker to emerge the runners up;
 Verve, in J D Birla, where it made up to claim its rightful place in the top;
 Milieu in the Presidency College, where it emerged winners despite stiff competition from all around; and
 Carpe Diem in IIM (Kolkata) where it emerged third in the overall rankings (first from among
the colleges participating from Kolkata).

What is the secret behind this bull run on the BESC counter? “Solid Fundamentals” says Miraj D Shah, the Vice Chairman of the College.

“The management’s philosophy of enabling the students to work on their inherent strengths, as opposed to merely cramming them with dollops of academics is what is leading to the stunning achievements that you see”.

Miraj Shah does not spell it out, but the fact remains – BESC is perhaps the only institution, a prime mover in fact, which uses the college fests to ingrain invaluable management lessons in its students.

For one, students are given a free hand in the organisation of college events – and there are literally innumerable number of events that the college organises as a rule.

Students are also provided with grooming and a complete back-up support for their performances, often with domain leaders being brought in to provide that extra bit, a path that naturally leads to the victory stands.

Little wonder then, that the common refrain among students, “We play to Win, always. Because, when the BE of

Bhawanipur Education is added with the ST denoting its students, the word that is formed is BEST”, does not sound like an empty boast.

But to put things in the right perspective, the main reason behind the unparalleled achievements of the BESC students (and yes, it also includes academic excellence, but this is not the place for those paeans) is the fact that their practise is not fest oriented.

Even as I write this piece, some students are busy rehearsing their next street play, while the dance teams and rock band are going through the motions.

There is a debate on in one of the auditoriums, while in another, a futurist is making a presentation about the Fourth Industrial Revolution. And all this, while the regular classes continue unabated.

Ancient Indian kings had a sacred ritual that ascertained their imperial sovereignty – they would release a horse, which would be free to wander in any direction for a year, followed by the King’s army.

If within a year no other king could vanquish the accompanying army and capture the horse, it would be returned to the kingdom allowing the king to conduct the Ashvamedha Yagna according to Vedic traditions and consequently be crowned an undisputed sovereign.

What the students of the Bhawanipur Education Society College (BESC) have achieved this year in the College Fests Circuit is no less a feat than the Vedic ritual of yore.

For, the year has witnessed a runaway string of achievements in which BESC students have captured one College Fest crown after the other, walking confidently to the top of the pile – proving their mettle, winning friends and
influencing people!