Mun – The Model United Nations is primarily an educational simulation through which participating students are exposed to a variety of concepts like diplomacy, the working of the United Nations and the finer nuances of International Relations. By its very nature, MUN (also called the Model UN) encourages students to research; brush their skills in writing, debating and public speaking; apart from fostering in them qualities such as critical thinking, leadership and team work.

Generally, participants in MUN events and conferences are known as delegates, following the UN conventions and are placed in committees, apart from being assigned to particular countries. The topics that are in the agenda for discussion are provided to the students in advance, who are expected to do the background research and formulate positions that they will take and debate with their fellow delegates in their designated committees. Remaining true to the actual position of the member country they represent, the best performers – individuals as well as delegations are generally honoured at the end of the conference.

A globally followed academic convention known for its exacting and intellectually stimulating purports, it celebrates participation by some of the most revered campuses of the world and is keenly followed by the powers that be from the worlds of diplomacy, academia and journalism. The MUN movement has not only sent down deep roots in the BESC, but has also spread its branches, thanks to successive batches of highly focussed students and an extremely supportive management. 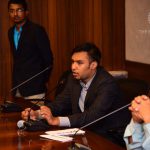 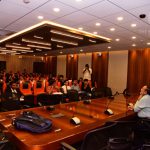 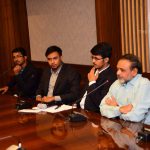 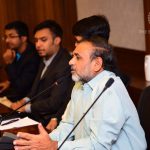 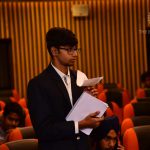 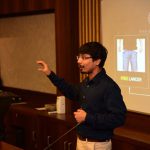 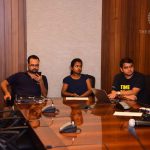 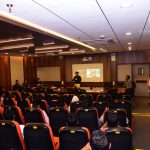 In keeping with this tradition, the Bhawanipur Education Society College (BESC) organised the Intra MUN 2017 to keep the banner of MUN fluttering in the campus and introduce the freshers to the intricacies of the circuit. The event was organised in the Concept Hall of the college on the 12th of August 2017. An initiative of the DebSoc Collective of the College, the event was organised by Avipsu Goswami and Arjun Chakravorty.

The main agenda of the meeting was “United Action with renewed determination towards total elimination of nuclear weapons”. 24 delegates, representing a rainbow coalition of countries took part in the deliberations, each registering the concerns of the country represented, apart from trying to garner support of the other delegates for the respective positions of their countries. 5 members of the Executive Board were also present.

The gathering deliberated at length, explaining in detail the various aspects of the knowledge crusade. Speakers welcomed the freshers on board and encouraged them to be immersed in the excruciating hard work that precedes each convention, not to mention the toil needed of succeed in one to emerge victorious. The faculty also urged the students to make full use of the painstakingly erected MUN platform in BESC – take the test of fire as it were, to come out purer, like gold as a student and a gentleman.

This report has been filed by Shivam Sinha, with camerapersons Yash Jain and Md. Sirazuddin of the Expressions collective of BESC.

Posted in Events.
Share
PreviousArtificial Intelligence AI – is it Man vs Machine, yet?
NextGST Manthaan – Churning the Ocean of Goods and Services