The Bhawanipur Education Society College (BESC) was one of the first institutions in the country to facilitate the move into the GST regime. Not was GST related Seminars with eminent speakers organised I the last fiscal, it had unveiled a course for students and working professionals even before GST had formally gone on force.

The 15-day intense GST Course of BESC has been so well received by the students and working professionals that it has been swamped with requests for re-runs and so far 8 such batches have already been conducted, in which 320 students have been exposed to the intricacies of the new tax structure. Hailed as a course that is “by the specialists, of the practitioners and for the professionals”, the GST course was not only a prime mover in the domain, but has also set the high water-mark, which is being sought to be replicated in other campuses around the country now.

However, in keeping with the BESC philosophy, the handing out of the completion certificates is not seen as an end in itself. This is more so as GST is in a constant state of flux with newer interpretations and explanations coming up even as its evolves in its journey towards flowering. With this in mind, it was decided to create a platform where all those who complete the course successfully can meet, greet and keep themselves abreast of the latest happenings on the field, apart from getting an opportunity of interacting and networking with fellow professionals. The result is Manthaan. As Professor Dilip Shah, the Dean of student Affairs of BESC, and the man who had conceived the course says, “the naming is deliberate, for there is a literal churning going on in the economy and BESC wants to help the professionals and the taxpayers get ready to partake of the nectar when it surfaces”. Besides, as a n emerging field, the opportunities for students to make GST the main battle tank of their career too are immense, something that the college wants to consciously nurture so that, as always in the BESC, the students win.

The first meeting of Manthaan – the GST “One Nation, One Tax, One community” – was held at the Society Hall of the College. The event was organised by Ria Singh. About a hundred students and those who have already taken the course in the college, along with senior members of the BESC faculty, participated. 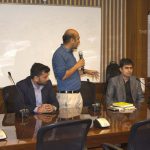 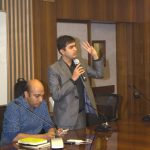 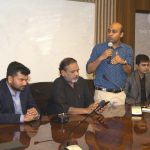 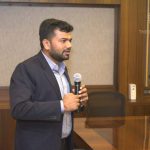 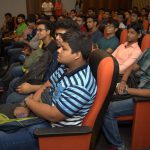 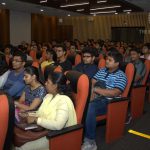 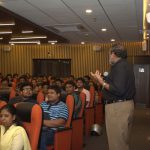 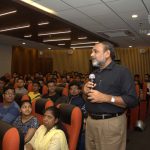 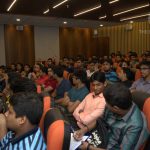 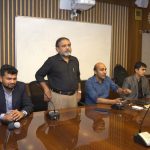 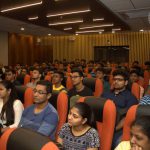 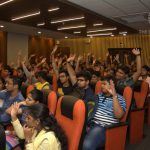 CA’s Subham Khetan, Abhishek Agarwal and Niraj Harodia, who had played a stellar role in conducting the early classes took the podium and talked at length about the new lights that are being shed on all matters GST. The latest updates from the relevant departments were also shared apart from questions from the solutions to specific problems that the practitioners were facing. Some of the most revered practitioners engaged in GST advisory addressed specific questions from the audience and spelled out their manpower requirements, which the college is only too pleased to address.

This report has been filed by Shakshi Shaw along with camera person Rajarshi Das of the Expressions Group.