The Bhawanipur Education Society College (BESC) initiated a unique project Jal Se Jeevan, where students of the college with professional plumbers will be visiting neighbourhood residences to offer free services to ensure the stoppage of leaking faucets and taps.

“On an average one in three houses have leaking taps” said Prof Dilip Shah, Dean of Student Affairs, BESC “and these taps lead to a silent wastage, literally drop by drop with an obvious impact on the fragile eco-system, adding to the menace of global warming and climate change. Most people ignore such leaks but the fact remains that cumulatively, they add up to a colossal national waste that can be easily addressed and I am extremely happy that BESC students have initiated the process to address the anomaly”.

Jal Se Jeevan evolved into the present state as an adjunct to the Earth Day celebrations in BESC when, not only did the College impose on itself a one-hour “black out” to spread awareness about the misuse of electricity and thereby lead to a reduction in its carbon footprint; but also vowed to plant 365 saplings around the year to celebrate regeneration. A hundred saplings were distributed to students in the first phase, while a hundred and fifty will be planted by college students in an institution that has been adopted by BESC, where local students will also be co-opted. The rest are being planted and nurtured by the BESC students progressively.

Thanks to student coordinators RajarshiMitra and ArshiRahman their wholehearted efforts paid off .There were 5 teams with 3 members each, along with a plumber who went to different houses from DumDum to Howrah and Tollygunge to Park Circus to spread the word of water conservation and to alert people of the pre-existing shortage problem of water and provided free service of fixing leaking taps at their homes in order to conserve this precious life source. 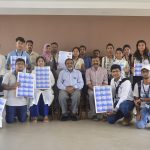 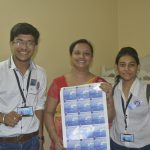 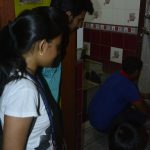 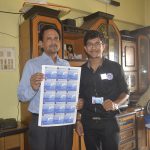 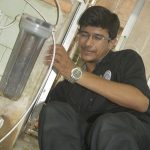 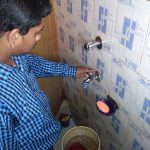 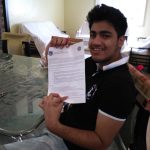 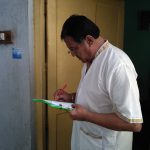 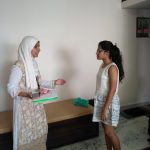 The students made the residents aware of some life hacks in our day to day life where and how we can save water. The purpose of this event was to visit 1000 houses and spread awareness. On the first set  which was for three days(from 19th to 21st May), the volunteers achieved 40% of the target and the next set will again start soon with more energy and enthusiasm. “We appreciate the hard work by our students for going to different places in this heat for a great cause. We hope that we will achieve the target soon so that the city conserves and emulates the initiative,” said Prof Dilip Shah.