Some are downright curse-ive. Some express their thoughts in italics. While there are others yet, who dwell in the capitals. Howsoever one may express his or her thoughts putting pen on paper, their psychology and character can be laid bare, by analyzing their handwriting – the way they cut their “t” and / or by the dots on their “i” and the looping of their “g” among other pointers that are tell-tale to the qualified eyes.

This fascinating world of judging the character of the writer by analyzing the handwriting was opened up to the students of the Bhawanipur Education Society college (BESC) by eminent Graphologist Professor Purvi Malhotra. With a hundred and fifty students dying to delve deep into the fascinating world, the event as inaugurated by Prof Dilip Shah, the Dean of student affairs of the college. Prof Malhotra then took the stage and took the students through a whirlwind presentation in which the basics of graphology were explained with the students expose to the rudiments of unlocking the secrets of the mind of the writer by analysing the written words. 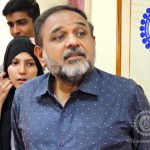 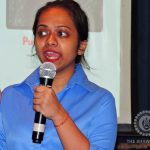 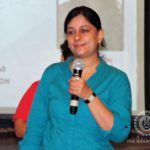 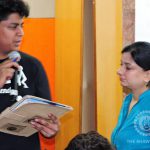 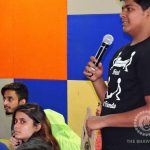 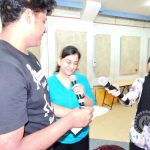 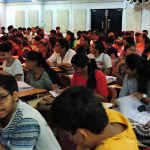 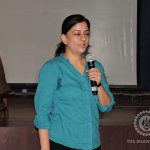 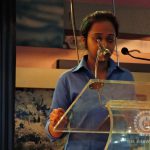 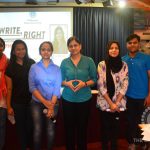 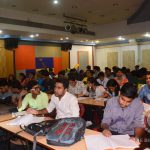 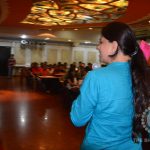 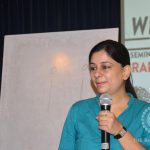 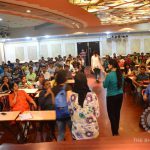 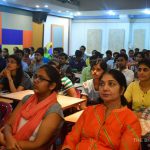 The reverse swing – how personality traits can be changed by changing the way one writes was also discussed at length. However, for a generation that is more attuned to keying in their thoughts as opposed to physically writing things down, whether the choice of fonts can also be pointers to the psyche, was left to the audience to guess.

Prof Malhotra urged to participants to continue their quest to unravel the mysteries of graphology, pointing out that it is obviously not as easy to establish the mind-word connect as it sounds.

The event was organised by Mushkan Kedia. This report has been filed by Sutirtho Roy with camera person Mayankh Kashyap of the Expressions Group of the BESC.