September 19th to 21st, 2019, Loreto College. Loreto College, Kolkata, was established in 1912 and has, over the last century built up for itself an enviable, even unparalleled, reputation. Fests in Loreto College thus, are a celebration of the creative as well as the performing arts, a brief interlude in the pursuit of academic excellence, a catharsis aimed at bolstering the all-pervading search for excellence. Fests in Loreto College are not only lauded for the precision with which they are organised but are also acknowledged for the high-water marks set by them in terms of sheer quality. Samagam 2019 was no different.

Thus, for the Bhawanipur Education Society College (BESC) contingent that participated in the Samagam was keen to live up to its reputation and excel in every event they take part in, to keep the BESC flag flying. 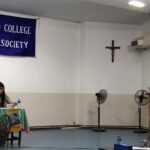 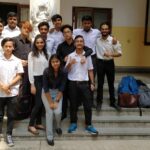 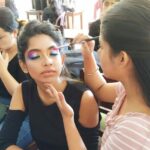 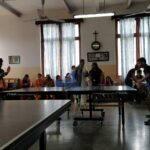 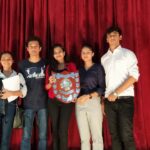 In the end, BESC emerged as the first runner up, closely missing the top slot to hosts Loreto College.

The following were the victorious BESC participants:

Battle of the Praises (gospel singing)

The participating team was felicitated by the Dean of Student Affairs of the BESC Prof Dilip Shah who was handed over the first runner up trophy.