November 16th, 2019. Society Hall. Of all the traits that The Bhawanipur Education Society College (BESC) seeks to embed in its students, the one that it reveres the most is that of entrepreneurship. Instead of cramming young heads with information, the institution deliberately seeks to free the minds and encourage them to follow the calling of their hearts, to set out on their own to add to the process of nation building by creating wealth.

As part of this effort, the BESC makes it a point to present before the students live examples – people who have followed similar paths and have not only turned their passions into professions, but have also set examples in doing so. My Story was one such event, one of the many that the BESC organises at regular intervals to motivate it students, apart from acknowledging the indomitable Indian spirit of entrepreneurship, a spirit that the college seeks to celebrate through its students. 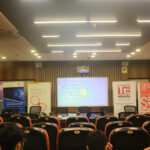 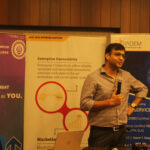 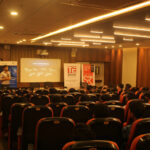 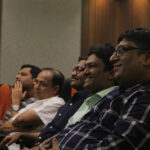 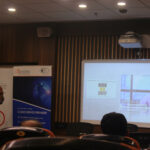 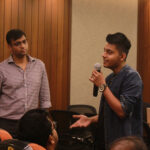 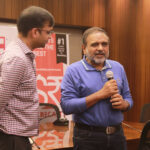 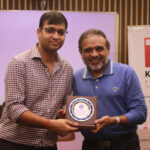 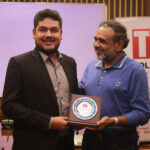 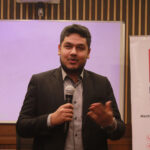 The speakers for the day were Vivek Bajaj and Raghav Modi, entrepreneurs, who had both circumnavigated immense odds on their way to success.

Raghav Modi is the founder and the moving spirit of BabujiSharbat, which has taken the domain by storm and has been so radical in its approach, acknowledged as an innovative disrupter, that is shaking the segment out of its complacency.

The two speakers represented to completely different business models, yet, their views converged as they regaled the fifty odd students who were present about the basics of entrepreneurship – an unshakable belief in one’s self and ones dreams; the willingness to take failure in the stride and the desire to fight against odds that look insurmountable till one decides to take them, head on.

“But what happens to the odds staked against one” asked a student? “They vanish, miraculously. Not by some divine ordain, but by the sight of your grit. By the strength of your desire to triumph” said the speakers, almost in unison.

The individual stories of problems and grit and ultimate success were lapped up by the students, many of whom were visibly swayed by the achievements of the speakers. The anecdotes that were shared were engrossing, the problems that were talked about were relatable and naturally, the responses that has led the speakers to reach the hights they have are exemplary. The students lapped them up.

The format in which the session was conducted, with the speakers intermingling with the students, encouraging them to voice their concerns and queries as they went out spinning their yarns was extremely conducive to the free flow of views and the total involvement of the audience.

The speakers also talked at length about the stock markets explaining the why behind the how of stock price movements. Vivek Bajaj, who is one of the more celebrated stock pickers from the current crop of investors stressed on the importance of value research, stressing on the need to create quality content that is not picked up randomly from the public domain but is created with due diligence. Content and connect, with people, he emphasised repeatedly, are the cornerstones of success and should therefore be provided with the necessary importance.

(This report has been filed by Shagun Agarwal along with camera person Suyash Agarwal of the Expressions collective of the BESC. Shagun Agarwal     was the student coordinator for the event.)