Goonj was no exception, especially for the twenty five member contingent who carried the BESC flag. Our students, as always had gone to win and win we did, that too in style. The fact that Goonj was an inter-college dance and music festival, did not rob BESC of the glory of the emerging overall champions as not only were our participants lauded for the extremely high quality of performances, but we also won the hearts of the audience and the applause for fair play – no mean achievement that. 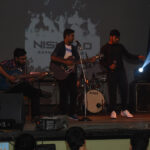 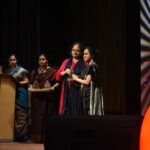 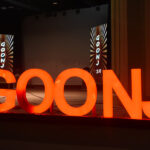 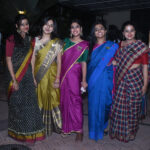 The usual competitiveness was there, as were the usual tilts in favour of the organisers, loaded with a crowd that roots for the home team. BESC champions know of such factors and take them in the stride, for our aim is simple – to perform so damn well that that all the loaded scales together cannot match us in weight. We have done it in the past, we will continue to do it in the future and Goonj was no difference as it witnessed us doing it again!

We set the stage on fire in Bollywood Dance for example and the organisers were on the verge of calling the fire brigade. Naturally, Jhoom – as the competition was called – did not even have a contended before us and we won by a huge margin. Had it been cricket, our victory would have been by an innings and a few hundred runs.

In Nishad – the Band performance too, we belted out such a beat that the rest of the performers were like an assault to the ears. Yes, we beat their cacophony with the mellifluous out pour of our rhythm divine. The rest was history repeating itself. BESC comes, BESC plays, BESC conquers, BESC walks out with the crown.

In the Classical dance segment too, we did commendably – our performers were cheered for their overall presentations, the talent quotients that were put on display and the general proficiency of exponents. We were adjudged the second runner up in the segment, balancing out, but still falling short of containing the roll of the BESC jaggernaught by a wide margin.

Posted in Events.
Share
PreviousCOLLEGE CLOSURE DUE TO DURGA PANCHAMI
NextA Special Lecture On American Literature By Professor Sanjuktadasgupta Organized By The Department Of English