November 11th to 13th, 2019. Jubilee Hall.  The Bhawanipur Education Society College (BESC) is one institution that takes its events seriously – not only does it organise a string of mega events around the year, but also goes about doing so as an effective tool for empowerment, using the events to impart invaluable life lessons to its students. 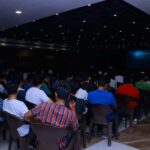 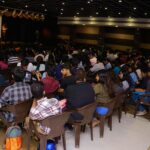 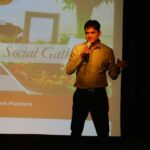 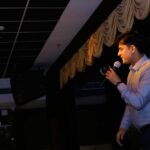 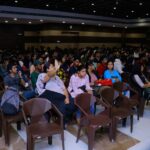 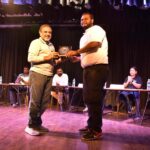 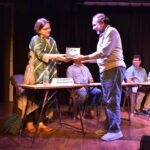 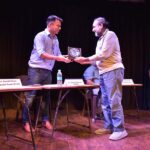 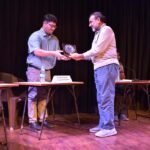 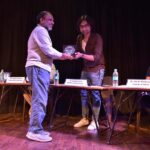 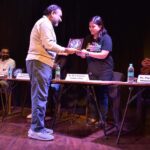 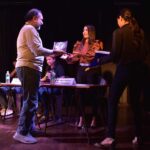 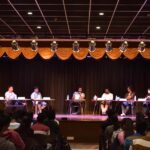 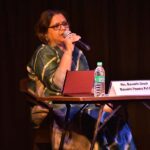 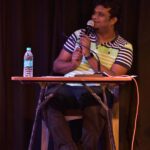 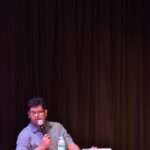 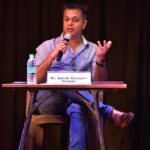 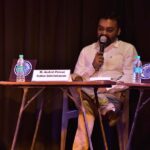 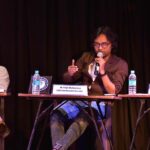 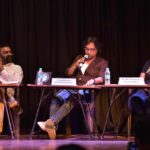 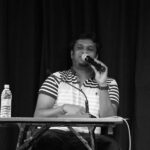 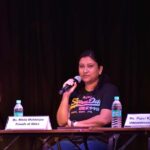 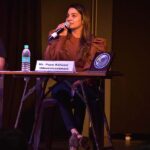 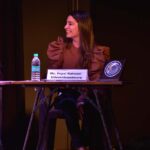 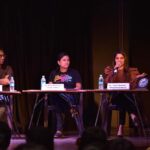 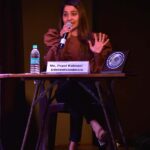 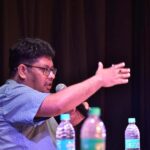 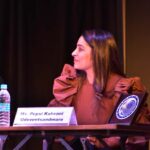 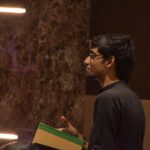 “An event” says Prof Dilip Shah, the Dean of Student Affairs of the College, “is something that provides our students end to end exposure to the entire gamut from planning and budgeting to accounts and fundraising through aspects like celebrity handling, media relations and execution. We believe that by successfully organising events, our students get the kind of experience and exposure that only text book led pedagogy cannot provide”. As a matter of fact, professional event managers opine unanimously, the BESC students are so good in event management that at times even the professionals are envious of their capabilities. The other fact that needs a quiet mention here is that Prof Shah’s pronouncements are vindicated by the HR teams representing the entire gamut of corporate India who make a virtual beeline to pick up talents from the BESC. Champions who are industry trained, perpetually positive and are go-getters of a unique kind.

However, it will be wrong to state that at BESC students are pushed into the wrong end of the pool with the expectation that they will swim their way to glory. On the contrary, there is a solid system of handholding and that too, only those willing to take the plunge are given access to the pool. Again, in the pool, instead of exposing the students just to text books and class-room lectures, BESC believes in bringing in experts from diverse fields – people who have been there and done that – who are presented as achievers from their respective domains of influence, people who interact with the students and help them raise the bar.

The world sees the success story called the BESC. What students know and the management makes no compromises in ensuring, is the opportunities provided for imbibing the right skill sets and the sheer hard work that goes into ensuring that raw passion leads to ultimate fruition.

The three-day Seminar on event management was a case in point. A virtual who’s who from the world of event management and allied services descended on the BESC first for a seminar on day one, which was followed by a panel discussion on day two. Baisakhi Ghosh of Baisakhi Flowers, Ashish Patwari of Outbox entertainments, Kinjal Bhattacharya of E365 Entertainment Every day, Satish Rammani of Veydaa, Nikita Mukherjee of Friends of Shivaa, Pepsi Kalwani of Ud events and more and Rohan Ghosh of Integrated Systems attended, interacted with and inspired the students. Gautam and Gaurav Bajoria of Black Tiger Events and Pixel Productions were also physically present, moderating the discussions, helping the students by clearing doubts, winning friends and influencing people.

Prof Dilip Shah, the Dean of student affairs of the Bhawanipur Education Society College (BESC) welcomed the guests on behalf of the three hundred plus students who had crowded to attend the seminar and felicitated the speakers. In a brief but moving speech he explained the BESC philosophy of empowering students so that they may in turn add to the process of wealth creation, especially in  non-traditional fields of excellence. He explained the efficacy of the seminar in view of BESC’s annual magnum opus Umang being just around the corner and invited the guests to identify concrete ways in which the college could use their talents to take the cause of the students further.

On the first day, various aspects of event management were discussed with live examples and all the queries raised by the students were answered. The speakers talked about the inevitability of things going wrong despite the best of preparations and how event managers have to be on their toes on a 24X7 basis so as to address emerging issues even as they arise. “The financial rewards are good”, was the universal line, “but what is even better is the knowledge one gains that leads to the confidence that we are capable of handling everything – just bring it on!”

“Cooperation and coordination between the various aspects of event management is a necessity” was the topic that was set before the panel for discussion and the discourse that followed held the audience spell bound. For one, each speaker was an acknowledged expert in her or her chosen field and naturally, they spoke from their hearts. Secondly because of the sheer amount to details that the speakers talked about, which was jaw-dropping for those sitting in the audience who could not otherwise fathom the kind of hard work that is needed to ensure the success of an event, any event. And finally, because they realised the importance of co-ordination, ensuring the cooperation of different agencies handling the different parts that make a whole, so that the event may get the success it deserves. Credit must be given to Gautam Bajoria , the moderator of the event who not only handled the speakers with kid gloves but also ensured that each speaker’s point was put in the right context for the students to understand, often making it a point to remove the industry jargons to make the talk as lively and relatable as possible.

(This report has been filed by Nikita Mittal along with camera person SakibSahriwar of the Expressions collective of the BESC. KishanBagaria and Shikhar Thanvi were the student coordinators for the event.)