A Model United Nations (MUN) workshop organized by the Assembly of Nations took place in the 6th floor auditorium on 7th February, 2017. The guests invited to converse over the panel discussion were Mr. Iman Kalyan Lahiri, international Relations Department, Jadavpur University and Mrs. Ajitha Menon, Political Economy Advisor, British Deputy High Commission, Kolkata. The moderator of the workshop was Mr. Alif Hussain from KIIT University, Bhubaneshwar. Professor Dilip Shah, Dean of the Students Affairs felicitated them and spoke about the beginning of MUN in the college. 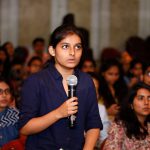 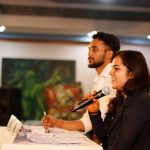 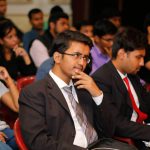 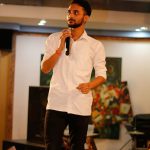 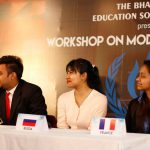 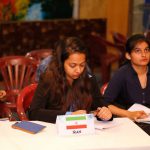 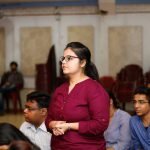 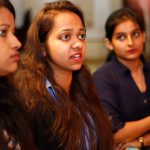 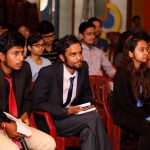 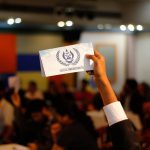 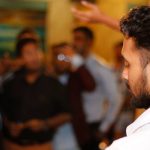 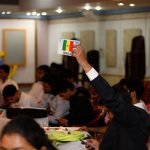 The moderator led the panel discussion by asking the guests’ views on foreign policies of different nations and suggestions from their part to problems while implementing these foreign policies. The guests left after the panel discussion and the session was taken forward by the moderator. He explained to the crowd the purpose of MUN and the rules of procedure involved in it with practical demonstrations. The students interacted with the moderator and the workshop helped them to become actively involved in MUN sessions. After a short lunch break, a MUN session took place in which 15 members of the Security Council, each representing the respective country, participated and raised the problems existing in Balochistaan. They offered solutions to the rampant troubles frequent in Balochistaan after deliberating over the issue. Professor Dilip Shah parted some important information about MUN,” You have a lot of learning to do as to how MUN works and the challenges and diplomacies involved in it. You have to conduct yourselves in the way the diplomats conduct themselves. While discussing about something, you have to make a point without making an enemy.”