“All the world’s a stage and all the men and women merely players”. Who doesn’t know this famous quote of Shakespeare. But the art of enact has never been an easy ordeal to be defined. It just mesmerises the audience with its enrapturing portrayal of social and cultural impish. Enact is one of those many collectives offered by BESC, in which perk performers wield the baton of taking the stringent issues to fight against. BESC has always extended their support for being creatively audacious and to make the fresh buds aware of this wonderful collective of expressing themselves through enactment, Bhawanipur Education Society College has conducted the ‘Enact Induction’ on August 1, 2019 from 10:00 am onwards in Valia Hall. 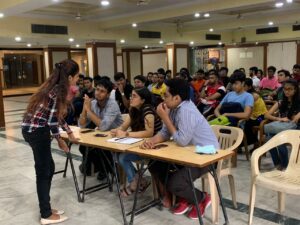 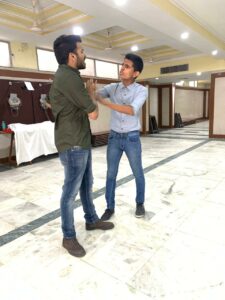 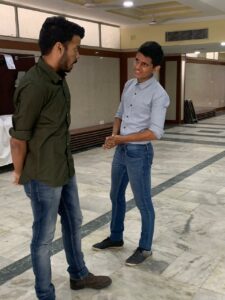 The Induction ceremony commenced with the collective representatives Ayush Pandey and Manjari inviting all the 1st year students who were nearly 100 in numbers and all the members of the house respectively. They continued to explain to the audience, cheerful, lively and a bit tense at the same time on what Enact is, how it works and what its future objectives are. The audience were also provided information regarding the programmes that take place throughout the year. An audio Visual was shown to the students to help them understand the standard of the previous performances.

The second part of the induction was consisted of auditions to be taken by the collective members with an intention to select future members of Enact who can be the mirror of the collective. Around 70 people auditioned among whom 30 successfully got along with the auditions successfully. Successful students were selected after enacting a situation given to each individual on spot. They were tested on the basis of their expression, voice modulation, body language and presence of mind. With an announcement of future programmes on workshops regarding body language and elocution drew the curtain to this eventful programme.