Navaratri, a vibrant and colourful festival celebrated in Hindu society has a deep spiritual significance symbolizing the victory of the good over evil. The nine forms of Shakti / devi are worshipped with Dandiya Raas a traditional folk dance, Dandiya the colourful wooden stick and the dance Garba and Garbi the Navaratri combination is incomplete without them. 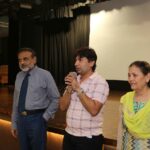 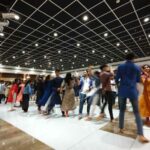 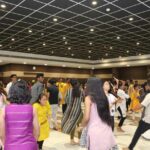 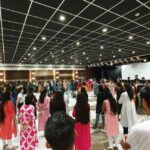 The Bhawanipur Educational Society College had organised a three-day workshop on Dandiya and Garba from 21st September 2022 to 23rd September 2022 in the Jubilee Hall (6th floor) of the college campus from 10:30 am onwards.  Over 150 students participated in workshop and learnt various steps called hinch, panchi, taali garba and Raas under the mentorship of Mr. Dharmesh sir (Bhimani) and with the help of several other volunteers the workshop was conducted very well so that students could participate in dhamaal. One outstanding student named Rohan Chhetri had performed very well during the workshop and he was acknowledged as a person with extraordinary talent, the instructor felt that if Rohan gets proper 7 days training, then he would defeat a COC winner that was a huge appreciation for him. 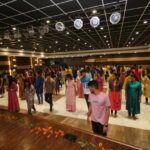 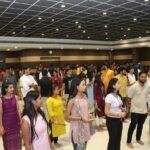 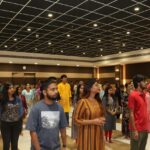 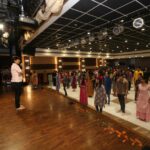 The workshop was done under the supervision of Dean of Student Affairs, Prof. Dilip Shah and from the Management coordinated by Nalini Ben. All the participants look immensely happy and ecstatic with the workshop.