Elgin Road, December 21st, 2019. The sermon, “Cleanliness is next to Godliness” is often invoked, but seldom adhered to. The phrase was first recorded by John Wesley way back in 1778, though the idea is ancient, found in Babylonian and Hebrew texts and has been a basic tenet of Hinduism. Prof Dilip Shah, the Dean of Student Affairs of the Bhawanipur Education Society College (BESC) referred to it in his opening speech as he explained to the fifty volunteers who had gathered to participate in the cleanliness drive that was unleased by the BESC. 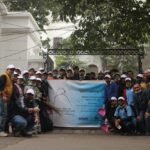 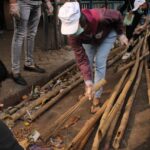 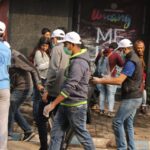 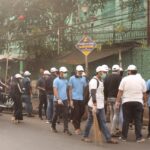 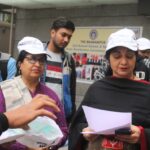 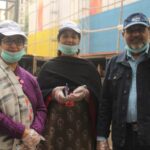 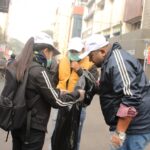 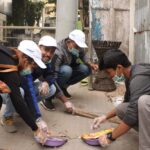 “BESC believes in walking the talk” he said, “and therefore, instead of paying lip service, we have decided to pick up the broom, to set an example, to encourage everyone to be more conscious about cleanliness, to ingrain in the population to desire and the willingness to at least clean the immediate environment of which they are a part.” He also pointed out to the students the fact that the historic residence of Netaji Subhash Chandra Bose, is just across the college, and the cleanliness drive in the area will also be a symbolic tribute to the great leader, who was, at one point in time, the Mayor of the city.

Towards this end, the BESC students volunteered to clean up the Lala Lajpat Rai Sarani (Elgin Road) on which stands the college. The drive was also one that sought to spread awareness about cleanliness among the local residents as the students went about doing their good deed. Employees of Srijan – a construction company that too is head quartered in the same road also joined the drive, enthused by the students. What was even more remarkable was the number of random pedestrians who joined the students – some stopped at congratulating them for the good work being done, while others joined them, symbolically and otherwise. The drive was also hailed by the local Councillor of the Kolkata Municipal Corporation, who congratulated the students and hoped that the example that the BESC students have set will one day be replicated by students of other educational institutions, if only to spread awareness about the need to adopt a cleaner lifestyle.

The seriousness with which the whole exercise was conducted can be gauged from the fact that Prof Shah, himself took part in the drive, leading by example, as always. Students of BESC were joined in their effort by members of the NCC and the NSS wings of the college.

“This is just the beginning” said Prof Shah at the conclusion of the physically exhaustive but mentally satisfying exercise, adding that “there are plans to adopt the road and turn it into a model of cleanliness so that the exercise can be replicated by other students in their neighbourhoods. He also thanked the employees of Srijan who had participated in the drive stressing on the need for more corporate citizens to come forward and embrace social responsibility”.

(This report has been filed by Aditya Raj along with camera person Saurav Pal of the Expressions collective of the BESC. The event was coordinated by Aditya Raj).