Prof Dilip Shah, the Dean of Student Affairs of the Bhawanipur Education Society College (BESC) broke the news to about two hundred BE-ites who had assembled to celebrate the annual mystery tour to celebrate Agatha Christie’s birth anniversary. And it was no ordinary news that he was breaking, for he informed the assembled that J K Rowling, the creator of the immortal Harry Potter was a BE-ite and that, both harry Potter and his nemesis Lord Voldemort, were conceived, here in this campus itself!

He had more. To celebrate the Magic that is BESC, Rowling had sent in this year’s clues that would lead the “seekers” to the Philosopher’s Stone! After that it was sheer pandemonium of the muggle kind as teams vied to shift through the maze in their quest for fame and glory. One took them to the canteen, one to the library, one to the Dean’s office, one even to the Bank – with each place magically providing them with the riddle to be solved for the next level of wizardry.

Well, some spells did misfire, with startled Professors looking on bemused, as the hunters rummaged through the staff room or as they raced around the campus, all having a time of their lives. Prof Dilip Shah and Prof Meenakshi Chaturvedi, with subtle hints, added to the fun chase even as some industrious students were spotted desperately rummaging through their collection of Harry Potter books! 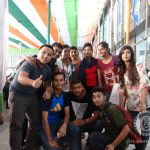 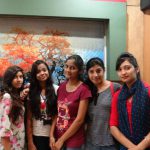 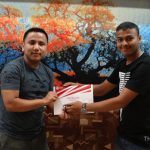 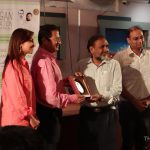 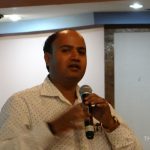 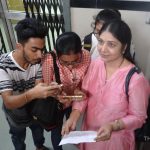 The most obvious clue – that pointed at Dumbledore – the universally loved and respected Dilip Sir of Hogwarts, turned out to be the most challenging, as the riddle to the next level was hidden behind the pencil sketch of him in his office.

Of the 45 teams that had participated in the hunt, only 5 made it to the end that had taken them to the Concept hall, “where the newcomers assemble” and are welcomed into the BESC folds. Participants were seen searching every inch of the huge hall for the illusive trophy – the Philosopher’s Stone, even as friends, philosophers and Professors looked on. “I have never participated in anything so exciting and mentally stimulating at the same time” said one participating student even as she tried to unravel the mystery in the piece of paper that held the clue to the next level. “Who would have thought that Agatha Christie will lead us to pit our brains against the wizards? I am loving it!”

The Winning Team comprised of Akash Manek, Sheraza Iqbal and Harsh Banthia. They have won all expense paid tickets to the 2018 Quidditch World Cup Finals which is slated to be played between England and Ireland shortly.

The event was coordinated by Drishti Roy and this report has been filed by Harry Potter enthusiasts Sutirtho Roy and Soham Debsarkar with camera person Sagnik Chatterjee of the Expressions collective of the BESC.