92 percent in his Class X examinations and still no institution was ready to give him admission. For Asif Iqbal was visually challenged and our education system was not inclusive enough to welcome him on board. But that had not deterred the young achiever, for he landed himself a scholarship and went all the way to the United States of America to keep his tryst with destiny.

The rest, like they say, is history. He has a MBA from one of the most revered institutions, is an employee in the PWC and has, in the truest sense of the term, seized the gauntlet that life had thrown his way. He handles the laptop in a breeze, shows slides of his mountaineering vacations, goes swimming regularly, cooks for a hobby and is as independent as anyone else. However, what is even more commendable is the fact that he has taken upon himself the onerous task of visiting campuses to share the story of his struggles and triumphs with the students, setting up before them an example worthy of emulation, telling them that no challenge is insurmountable, that if one has the will, there is always a way. 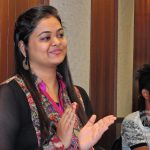 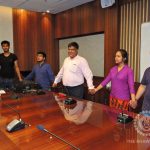 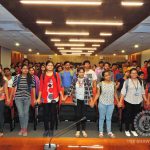 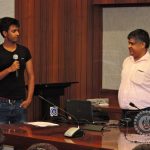 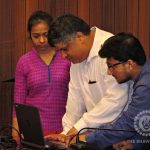 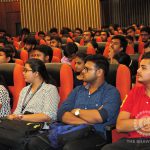 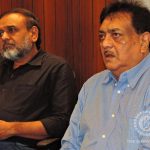 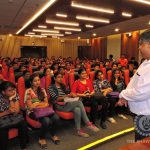 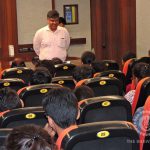 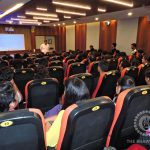 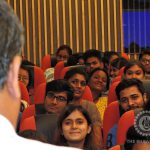 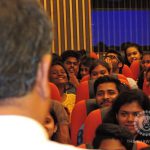 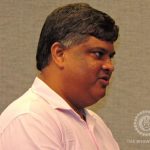 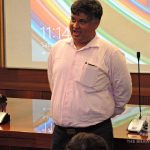 Today, Asif Iqbal is a name. People, especially the young, clamour to attend his talks, to draw inspiration from his well of achievements. Naturally, when he was slated to honour the Bhawanipur Education Society college (BESC) with his presence, the auditorium had filled up with eager students. However, there was a slight delay, that was filled in by Prof Dilip Shah, the Dean of Student affairs of BESC, who in a way, built up the tempo for what was to follow.

Asif Iqbal did not disappoint and the message that he communicated was one of positivity. Drawing examples from his life he pointed out how noting – his relatively humble background, small town origins, physical disability – could restrict him as he chose to unfetter his dreams and willed himself to achievements. A handicap is just another word, he said, to the tumultuous cheers from the students.

There was an interactive session that followed the formal talk and there were students who had tears in their eyes, such was the raw emotions that were brought to the fore by the speaker. And if the students were overwhelmed, their sentiments touched the speaker as well, who went on record to appreciate the love and affection with which BESC has welcomed him and promised to visit the campus again in the near future to spend more time with the students.