A hundred and eight teams of five members each. That’s five hundred and forty participants straight. 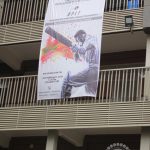 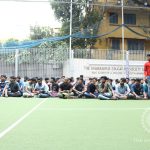 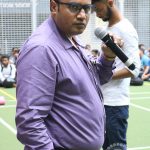 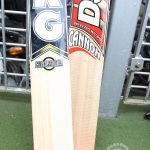 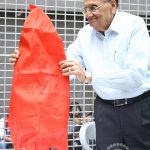 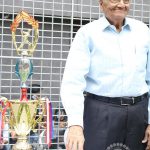 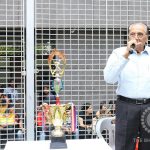 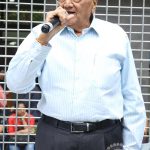 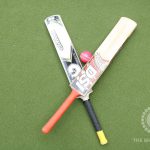 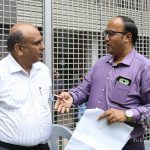 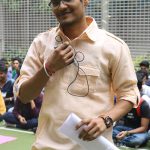 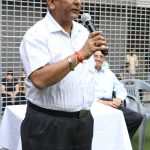 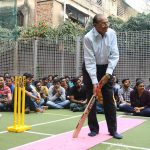 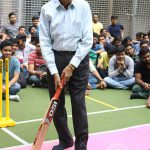 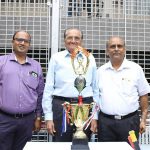 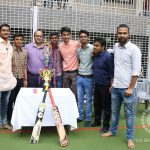 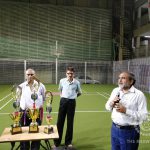 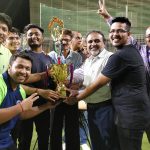 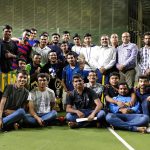 Little wonder that Miraj D Shah, the Vice Chairman of the Bhawanipur Education Society College(BESC) quipped at the inauguration of the BPLT, with a smile as big as the Turf “even when BESC plays cricket, it is a record of sorts”.

Umeshbhai Thakkar, member of the Managing Committee of the college bowled to Champakbhai Doshi, the Chairman of BESC, declaring the third edition of the BPLT open.

The striking feature of the tournament this year is the significant increase in the number of mixed teams, with girl students of the college wielding the willow and bowling the dots with enthusiasm that had to be seen to be believed.

The tournament which was inaugurated on 19th of February, 2018, continued for eight consecutive days, ending on the 26th of February 2018, in which the teams played each other in the knock out format.

Naturally, the college wore a festive look during the currency of the BPLT with thrown up clenched wrists of victory vying for attention with dejected walks to the pavilion – of outstanding beginnings and stoic fightbacks.

Almost all the teams had their dedicated support bases with animated instructions, genuine exhilaration and the misery of defeat, taking the campus environment to an altogether different high.

After the marathon session which was not only a test of the cricketing skills of the students but also a gruelling assessment of their mental mettle and physical abilities, Team led by Deep Gusalia and Team captained by Shrinath Gupta made it to the Finals which was played under floodlight on the 26 th of February, 2018. The Chairman, the Vice Chairman and the Dean of Student Affairs were present on the occasion along with other senior members of the faculty, teachers and a contingent of students in their most vociferous best.

The finals were a nail-biter of sorts with both the teams evenly poised till the very last moment. In the end, the team Captained by Shrinath Gupta emerged victorious, but only so. For, as  Champakbhai Doshi put it right in the beginning, either way, it was a sweet victory for the glorious game cricket! Members of the Winner and the Runner up teams were felicitated by the dignitaries and the trophies handed out.

The match for determining the third and the fourth position holders too, was equally exciting with the team led by Rushabh Parekh winning the bronze.

Prof Dilip Shah, the Dean of Student Affairs of the college thanked the volunteers who had put in an inhuman amount of effort to ensure the smooth sailing of a tournament of such gigantic proportions.

He also thanked the Umpires for having called the shorts fairly and impartially and those in charge of keeping the scores – the keepers of cricket’s Big-Data.