Wishtree helps expand NSS unit members
September 26, 27, 28
Bhawanipur Education Society College,
Kolkata
National Service Scheme (NSS) Unit under the leadership of Programme officer Prof. Divyesh Shah of The Bhawanipur Education Society College had organised an event known as  Wishtree, presented by Daan Utsav for the development of its usefulness. The idea was to promote the organisation and expand ways to help the society especially, the poor. 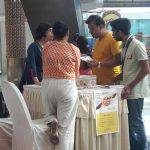 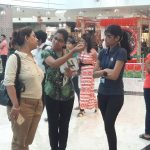 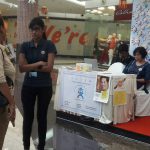 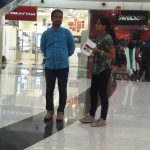 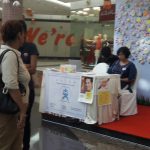 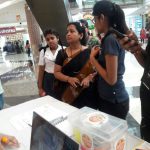 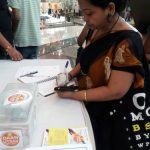 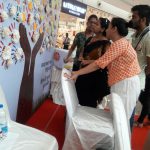 Daan Utsav, a philanthropic organisation promotes the culture of giving. The Bhawanipur College along with the NSS unit were the main contributors of the event while Darshdeep Singh Walia was the coordinator of the volunteers. This event was held in South City mall for three consecutive days from September 26 to September 28 from 12:00pm to 4:00 pm. Around 15 NSS volunteers gathered in the South City mall for the expansion of the members in the organisation.
The event witnessed an awareness programme and later in the day, also took initiatives to add people in the organisation who were willing to be a part of this organisation and contribute to the society.
Therefore, with the mission achieved, the event came to a successful end and was able to gather numerous people who were willing to take an active part and contribute with enthusiasm to help the society. Thus, on behalf of all, special thanks to the main contributors of the event for their constant support. We are also grateful to the coordinator as well as the volunteers for their tireless efforts contributed to the event as well as for their sheer dedication and hard work to expand the organisation for the welfare of the society.
By the Reporter,
Sakshi Shaw
Posted in Bhawanipur Bytes, Events.
Share
PreviousSwachh Bharat 2016
NextNSS Volunteers Along With Orphans Visit To Nicco Park