The South Traffic Guard of the Kolkata Police as part of its outreach programme joins the Bhawanipur Education Society College (BESC) to confer the prestigious Trishakti Awards to those Durga Pujas within its precincts that qualify based on pre-set criterion. The students and teachers of the college judge the pujas and the Awards are handed over in a glittering function and since its constitution two puja’s back (this was the third year), the awards have steadily climbed to the top of the charts.

Tri-Shakti refers to the triumvirate of Brahma, Vishnu and Maheshwar, whose combined power created Durga when evil had reigned supreme and had to be vanquished. Taking the analogy further, the Trishakti Samman is a tribute to Saaf, Shobuj and Safe (Clean, Green and Safe) a communication to the organisers of the Pujas to bear in mind the necessity to keep the environment clean, to be sustainable in the thinking and execution of the puja and to above all, to ensure the safety of the people who throng the pandals. As an institution, the BESC not only relates to the message, but is one of the most vocal proponents of the same, making it a natural choice to be a part of the initiative. 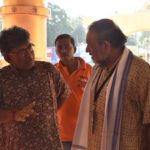 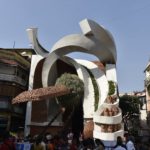 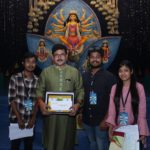 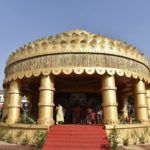 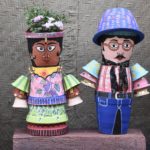 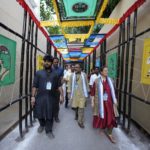 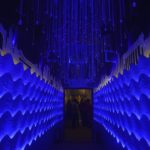 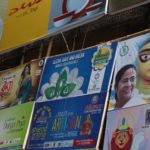 However, there is more to the awards that meet the eyes. Lot more to be precise – the logistics involved, in itself is Herculean as students and teachers have to do the rounds of as many as ___ puja pandals spread across the southern parts of the city, talk to the organisers about the thought behind their creation, rate the pujas on the basis of the three guiding principles and then, to finally arrive at the decision. Police escort notwithstanding, physically reaching all the pandals in itself is a challenge considering the festive traffic the chokes the lanes and the by-lanes of a city that is even otherwise known for its chaotic traffic conditions.

Over a period of Five days BESC judges, comprising of teachers and students did the rounds and painstakingly evaluated the different pujas as their reputation preceded them and some puja committees had gone to the extent of publicising the fact that the BESC judges were arriving, building up the very act of judgement as one to be celebrated. Naturally, the pressures on the judges too was scaled up many-fold and what had begun as a happy occasion to spread awareness about safety and sustainability, has become a hugely competitive event.

The seriousness that is accorded to the exercise can also be gauged from the fact that Miraj Shah, the Vice Chairman of the college; Nalini ben Parekh member of the managing committee and Prof Dilip Shah, the Dean of student affairs of BESC join members of the faculty and students to arrive at the consensus choice for identifying the winners.

For the participating students however, it is sheer fun – imagine a Puja spent pandal hopping with friends even as the police clear the way and the puja committee members falling over each other to welcome you into the abodes of their creation.

The names of the winners cannot be disclosed here for obvious reasons – suffice to say, the best Ma has won!

(This report has been filed by Nikita Mittal with photographers Avik Paul, Shreeyanshu Mishra,Rajarshi das and Shagun Lunia)