Stand-up comedy is a comic style in which a comedian performs in front of a live audience, usually speaking directly to them. Such a show was put up in the sixth floor auditorium on the 16th of January. The show was held at around 4:30 in the evening and went on till 6:00 p.m.

The show was inaugurated by A.P. Dutta who gave the audience an excellent glimpse of what stand-up comedy is and acted as a prelude to the upcoming hilarious satires. After making sure that the audience has laughed enough to be tired he welcomed on stage the guest of the evening Sorabh Pant. Starting with a few slapsticks and then slowly knitting towards sarcasms and ultimately satires, he overwhelmed the audience with his excellent wit and presence of mind. The evening was filled with laughter and hilarious comments.

It can be said that if one had walked in with a heavy heart then he /she must certainly have walked out with a happy face. 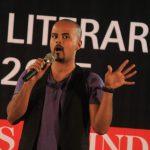 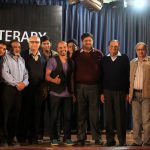 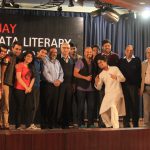 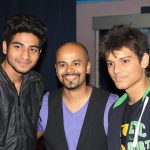