November 25th to 28th, 2019. Syamaprasad College Campus. Syamaprasad College, founded by Dr. Syamaprasad Mukherjee, came into existence in the city immediately after the end of World War II in 1945. It was then styled as Asutosh College of Commerce (evening section). This Evening Section was delinked from Asutosh College and acquired the status of a full-fledged independent college in 1958 with a separate Principal and separate management. After the untimely demise of Dr. Mukherjee, the ex-Vice Chancellor, Calcutta University resolved to perpetuate the memory of Dr. Mukherjee by renaming the college founded by him as “SYAMAPRASAD COLLEGE” in 1962. 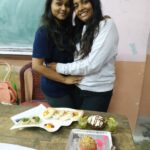 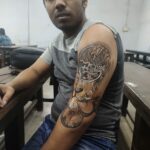 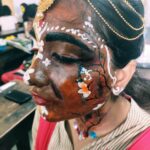 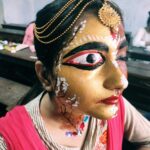 Dr. Syamaprasad, was the most distinguished of the sons of Sir Ashutosh. Syamaprasad had in him certain qualities like honesty, patriotism, deep sense of commitment, uprightness, courage and outspokenness. The name of the college is a tribute paid to these qualities in the man and seeks to inculcate them in the students who are expected not only to excel academically, but also to imbibe in themselves the qualities espoused by the great educator whose name their institution honours, whose flag they carry.

Spardha means competition. It also means daring, audacity, indomitable courage … every characteristic that the Symaprasad College espouses and seeks to inculcate in its students. Needless to say, when a fest is conceived with such lofty ideals embedded in its very name, it reaches an orbit that is way different from just any event that is planned for students to com together and celebrate life as they compete with each other for friendly superiority.

The Bhawanipur Education Society College (BESC) was, perhaps as usual, the big-ticket guest of the fest as students from the host and other participating colleges looked forward to witnessing their performances and to compete, so as to closely watch, even learn a thing or two from the Spartans of the college fests circuit.

A team of twenty-six students participated in Spardha and to put things in the right perspective, twenty-one won medals, which is a strike rate of an astonishing eighty-one percent!

The fest was marked by extremely cordial atmosphere where the visiting students were made to feel at home – and thanks to the super hospitable students of the college. The level of competition though was very high, with neither an inch conceded or taken. In terms of the number of colleges participating too, the fest was a success. However, what really set it apart was the transparent and completely fair manner in which the individual events were conducted and judged. In the end, Spardha was a hit, more than anything else, because it dared – dared to live up to the values that the great man whose name the college shares. It is a BESC privilege to applaud the achievement!

The runners up crown was snatched by the BE-ites in Tattoo art, Stand up comedy, Solo Singing, Debate, War of Instruments, Face Painting, Non-gas cooking, Wall painting and Poetry Slam. The runners-up position was also taken up by BESC for the Mr Spardha.

The bronze winners from the BESC were in Dumb Charades, FIFA, Beat Boxing and Rangoli making.

(This report has been filed by Nikita Mittal along with camera person Shovik Das of the Expressions Collective of the BESC. Vishal Kumar Gupta and Avi Das were the student co-ordinators for the event.)