The Bhawanipur Education Society College under the banner of Yi Bhawanipur Chaupal in collaboration with Start-Up Saturday conducted a seminar on women entrepreneurship on 21st February, 2015. The event commenced at 4:30 pm and continued for two hours.

The initial phase of the seminar was partial towards pleasantries which included self-introductions by the participants of the seminar.
The guest speakers for the day were Mrs. Saira Shah Halim and Mrs. Vineeta Agarwal. Briefly, their speeches can be highlighted in the following words: Ordeals, Perseverance and Balance. Both primarily focused on their respective reasons to pursue their career. Though their reasons may have differed but what remained identical in both pursuits according to them was- to establish an identity of their own, which does not thrive on the glory of their ancestral heritage or fortunes. Returning to the three words that defines their speeches, in this regard similar stories were retold. They mentioned the ordeals they had to face and how they overcame them with perseverance, without neglecting their role towards their family, thus keeping the balance.

They also mentioned the social stereotypes, some of which may not be chauvinistic but stereotypes nonetheless. Alas, they had their own unique tales to tell and their merry endings, giving us advice and suggestions in the form of insight.

Prof. Dilip Shah spoke his views on the seminar; he went on to present memento to the two guest speakers and so ended an exciting seminar and a chapter in the books of The Bhawanipur Education Society College. 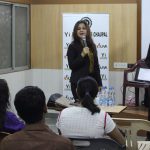 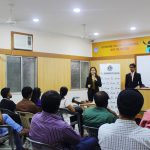 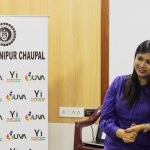 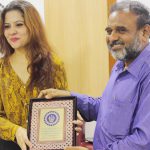