January 10th, 2020. Jubilee Hall. MTV Roadies is one programme that has already moved from television folklore to being a one that has reached the status of a cult show. A youth-based reality roadshow, it had first aired in 2003 and if longevity is any yardstick, it is already among the most popular of its genre. In the show, a group of contestants travel to different destinations and participate in various tasks that challenge their physical and mental strength. During the journey, there are vote outs, vote ins, eliminations and game changing twists. Eventually the contestant who manages to survive vote outs and succeed in the final task is chosen as the winner. The show has enjoyed a huge amount of success among the youth its heady mix of adventure, drama and a touch of voyeurism proving to be an intoxicating cocktail. It has also thrown up stars in its long journey, stars who enjoy considerable following, apart from enjoying iconic statuses. 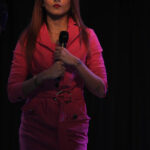 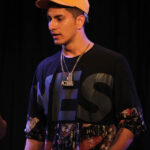 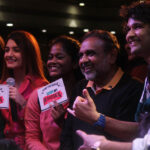 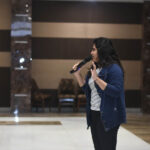 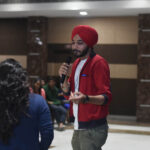 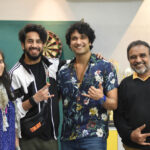 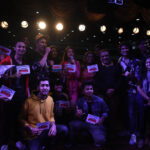 In the current season that breaks on air from early January, the Roadies will be starting a revolution, one that will fight for a cause. True to MTV’s hyperactive strategies and in keeping with the Roadies on-your-face format, the hype that has been built up has been considerable to put things mildly with hardcore members of the audience awaiting the season now with bated breath!

It was no surprise that that Roadies bandwagon, doing their gig around the country would hitch up its tent and lay bare its act in the most happening campus of Kolkata – the Bhawanipur Education Society College (BESC). Ex Roadies Ashish Bhatia, Aarushi Dutta, Firaang and Gaurav Thukral vroomed into the college to meet and greet the two hundred and fifty strong crowd that had gathered to embrace them. What followed was innovative disruption of another kind.

First, they shared with the audience vignettes of their respective journeys. The crooned, they rapped, they talked, the danced. They talked about the theme Revolution and informed about the “jump the que” cards that were for distribution to those who champed in the thirty seconds of performance time allotted to each.

BESC students who thought they had it in them to be a Roadie were invited on stage to perform real-time even as the assembled crowd went berserk – the pulsating beats, the performance, the promise of breaking into big time on the small screen, and above all, the presence of the Roadies on stage had the mesmerising effect that MTV is known to drum up with elan. BESC performers did catch the discerning eyes of the judges and the number of cards that had to be given out was much more than what had been originally provided for by the managers. Suffice to say, BESC took even the Roadies by surprise. And yes, they took selfies with the crowd!

(This report has been filed by Muskaan Gandhi along with photographers Ishani Mitra, Shouvik Das and cinematographers Anshu Gupta and Rohit Ghosh of the Expressions Collective of the BESC. The event was coordinated by Suyash Agarwal and SonalBaid.)