The Bhawanipur Education Society College (BESC) celebrated Eid in its characteristic way, reaching out and touching the lives of those that are less fortunate. Twenty BE-ites took a hundred children – street urchins from around the Park Circus area to celebrate Eid in what was a dream come true for the children. They were taken to the Quest Mall – a fairyland that is otherwise out of bounds to them and were provided with Rs 500 each to splurge on whatever they wished for in Spencer’s the departmental store thereat.

Most of the children whose lives were touched in this outreach programme are orphans, forced into gnawing poverty for no fault of their making and are generally forced to eke out a living beyond the fringes of our consciousness. For the children, there could not have been a greater manna from the Heaven, while for the ESC students who joined them it was an occasion to celebrate everything that the pious festival stands for. “First the children were sceptical, then incredulous and finally, when it finally dawned upon them that they were actually inside the belly of the giant dream that used to temp and taunt them, their disbelief turned into a kind of exhilaration that I would not have believed had I not been a witness to the process” said DarshdeepWalia, a student volunteer from BESC.

“The amount is not important” said Urmi Patwa. “What is important is the fact that it lit up the eyes of a child, in a way, perhaps it has never sparkled before. The trip made me realise that we can achieve so much of good with so little effort. It made me realise that even little things – like a visit to a mall, or the ability to buy what you want – things that we take for granted, can make such a huge difference to those who are denied. Thank you God, for opening my eyes, if this is what Eid is all about, I will celebrate it every day!” 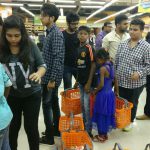 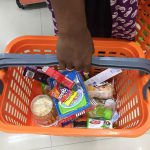 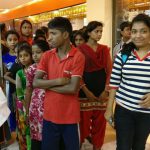 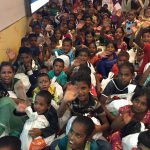 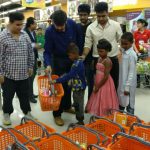 As for the children, used as they are to be shunned, being embraced was all that mattered. The empowerment to put the money where their wishes are and buy what their little hearts desired was an added boon. They exited, clutching on to the packets full of dreams for dear life, the smile of containment writ large on their faces, the spirit of the festival warming the cockles of their little hearts.

This is the second in a row when BESC has been a proud part of this initiative and will continue – Qyamat se Qyamattak!