The Bhawanipur Education Society College (BESC) witnessed an event of a different type on the 10th of August, when close to a hundred and fifty odd students trooped in to the newly furbished Society Hall, ostensibly to indulge in their passion for Mathematics and select the college representatives for the next Maths Olympiad.

Abhishek Singh, Senior Faculty & Subject Matter Expert in Roads Institute, who was the guest of honour for the programme was overwhelmed, “I have never witnessed such spirited participation, nor have I come across numbers like these in an event dedicated to Maths” he said, barely able to supress his excitement. Prof Vivek Patwani and Prof Chandan Jha from the Department Maths in BESC, the organisers of the event, also expressed their satisfaction at the heavy turnout, which they said, only strengthened their resolve to organise more such events aimed at the college Philomaths. Dr Divyesh Shah, HOD of BCom Morning Section was present and hailed the thought behind the event. Prof Meenakshi Chaturvedi also graced the occasion.

Prof Dilip Shah, the Dean of Student affairs of BESC, started rhetorically with the question “who says that the numbers do not attract the numbers”, obviously happy with what he saw. He went on to congratulate the event partners, the organisers and the attending students before pointing out the fact that it was time for the college to have its own collective dedicated to everything Mathematical. 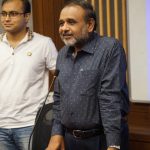 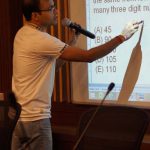 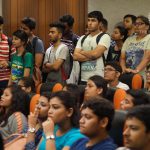 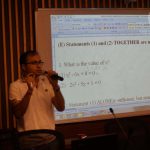 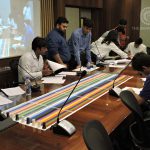 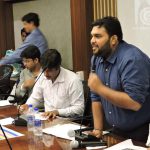 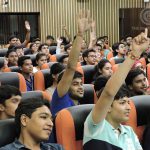 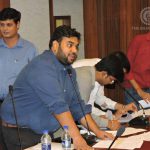 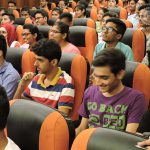 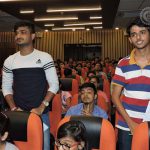 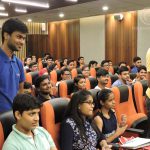 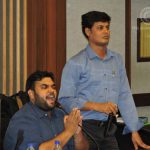 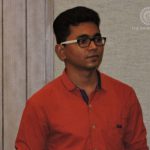 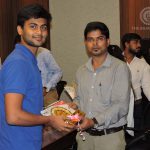 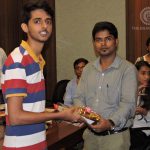 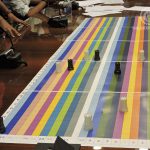 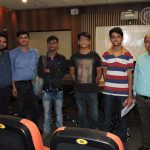 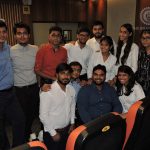 The event which was a curtain-raiser of sorts discussed and sought to orient the participants to the 2-day workshop that was to follow. Questions on Data sufficiency, Quantitative problems and issues that are Geometrical were conversed with live examples, most rational ways of reaching their solutions were sought and the entire proceedings were marked by a very high level of interaction between the conductors and the audience.

Participating students were also satisfied at the mathematical precision with which the event was conducted, especially with the way complex problems were solved, enhancing in the process, not only their number crunching skills, but also bolstering their love for the subject. As one student summed it up, “it was like Euler’s Identity – the perfect mathematical equation, comparable to a Shakespearean Sonnet. It was a pleasure to attend and I believe, one could not have done it better”.

The credit for Organising the event goes to Shivam Gupta, who was assisted by his team of volunteers.

This report has been filed by Shraddha Bose, with cameraperson Shreyharsh Kumar Gupta of the Expressions collective of BESC.