Multiple locations, August 15th & 16th 2018. The NSS Collective of the Bhawanipur Education Society College (BESC) run from the front by Dr Divyesh Shah is certainly among the most potent forces of positive change, which goes about doing its work far, far from the madding crowd and certainly away from the glare of publicity. Not that it needs the arch-lights, glowing as its deeds are.

Darshdeep Singh Walia, took a team of dedicated volunteers to celebrate freedom of another kind when they distributed food packets in and around the vicinity of the college to those who are literally on the streets. Packets of food were distributed in the exercise, which is a recurring one in the NSS calendar of events. The cost of the packets so distributed was raised partly by the monies donated for the purpose by the students themselves while the rest was sponsored by the college.

In another exercise on the same day, Pooja Manot of the Quizzards collective visited underprivileged children and conducted a quiz, for which they were earlier prepared by the distribution of a book on general knowledge which was published by BESC for the specific purpose. This was done with a view towards popularising the art of quizzing among the children of a lesser God apart from using the exercise to inculcate positivity and the quality of inquisitiveness among them.

The quiz was followed by the distribution of token prizes to all those who did well and chocolates and sweetmeats among the participants. 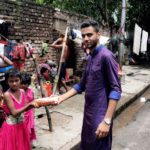 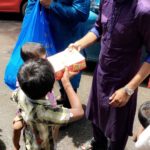 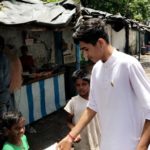 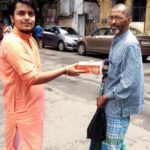 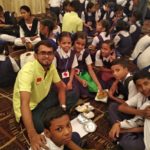 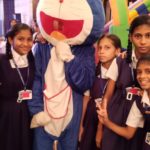 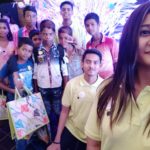 On the sixteenth another programme was organised in the Sapphire Banquets in association with Yea Mera India, an NGO that is working in the grassroots among the underprivileged. The programme was aptly titled Choti si Asha and aimed at meeting the little dreams of those in the fringes. More than anything else, the programme was an eyeopener for the volunteers who, in these days of conspicuous consumption, learnt about how small even dreams can be, if you happen to be condemned on the wrong side of our consciousness.

Participating students spent quality time with the children from less fortunate backgrounds, playing games, engaging them in conversations and encouraging them to share their little dreams with them. As one volunteer put it “it was the best few hours of my life. Given a chance, I would like to not only repeat the experience but also share it with the members of my family and friends. We who think we have everything don’t know what we are missing in life – and need to go to them who have nothing to know what we can give each other”.

(This report has been filed by Nikita Shah along camera person S Mishraof the Expressions Collective of the BESC.)