RJ Jimmy Tangree of 91.5 Friends FM is a celebrity if ever there was one in Kolkata. He started his career, when he was still in college by changing cassettes in the weekend discos organised for the members in the Calcutta Swimming Club. The year was 1984, way before most that comprise his current audience was even born – an audience that he connects with so well, that it swears by him, tuning in consistently to hear him drool “goooood morning”! 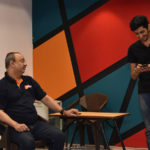 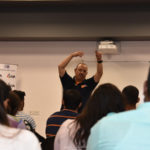 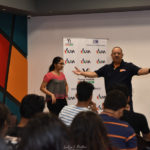 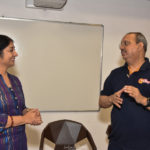 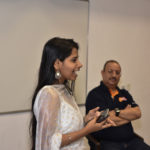 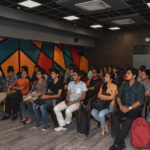 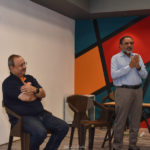 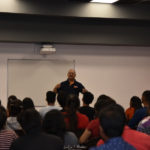 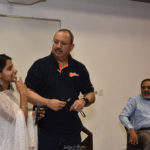 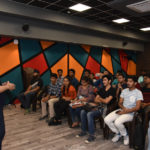 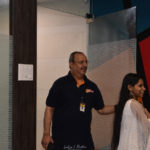 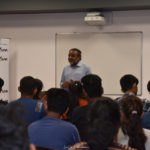 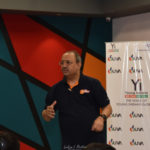 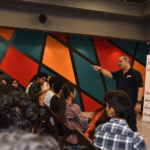 Thus, when Jimmy Tangree visits the Bhawanipur Education Society College (BESC) it is nothing less than a mega-event and the Placement Hall filling up is just a portend of the things to come. For Jimmy was in BESC to talk on how to be a good anchor and the audience was literally gaga – Radio Ga Ga!

Prof. Dilip Shah, the Dean of Student affairs gave a brief introduction about anchoring before introducing the man who needs no introduction – especially to the students of BESC. Prof Minakshi Chaturvedi felicitated the RJ on behalf of the college and the students.

Then Jimmy Took the mic – like a duck takes to the water, better still, as one student put it, like Jimmy Tangree takes to the mic – and this time, without any commercial breaks. He talked about his career – how he, hailing from a business family followed his passion to become a DJ and then as FM Radio happened, an RJ. How he had to fight it out with his family and the world to chart a career path that not only considered frivolous but also of no significance, to create his own destiny with his bare hands (or is it, bare voice?)

That done he settled down on the serious business of delving into his playlist of experience to list out the do’s and the don’ts as an anchor. He underscored the need to be humble, talked about the necessity of presence of mind and of having a back up plan ready in case the first one was to fail. But more than anything else he talked about the need to connect and understand the audience so that their whims and fancies can be catered to. Interspersing his monologue with interesting anecdotes he talked about his Incognito years and about the experience of being the first RJ of a private FM station in these parts of the world.

“Be short and Sweet” he boomed and the audience nodded in approval. “Be simple and down to Earth” he dictated. “Speak only in the language you are comfortable in, be conscious of our pronunciation and diction” he cajoled and the audience gulped it in. “It is all about the connect and the engagement” was his sermon from Mount Arafat and students had their clay tablets ready. He then underscored the need to be always prepared with freaky questions that grab the attention of the audience by its nape and to cultivate the ability to use them for full effect.

Finally, he delivered the coup de grace – the need to be consistent in the message – to remember what one has said in the past and not to weaver from the line, to be prepared to say the same things in the future as well. “talking live is an art, and art can be very cruel if you falter in public”.

The autographs and the selfies that followed were not mandatory, but what the heck? It was Jimmy Tangree and students were not prepared to let go in a hurry.