Topic: DEBATE – 2020 by the BBA Department
“Every Citizen of India should be mandated to perform National Public Service.”
Date : Sep 10, 2020

The teachers and students are of the opinion that “without criticism, without debate no administration and no country can succeed and no republic can serve.” A belief that coincides with the topic for the Debate being “Every Citizen of India should be mandated to perform National Public Service.”

The banter for this debate was expected to be intense as this was a war of orators divided into the fifth semester students who were for the motion verses the third semester students who were against the motion. The rules of the competition were that each speaker would be provided three plus one extra grace minute to cover one’s point as well as form a rebuttal against the fellow speaker. Mandatory considerations were that there should not be use of unparliamentary language, no personal attack and none of the orators were supposed to read from a book or from any other device. 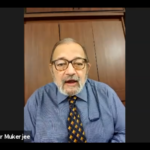 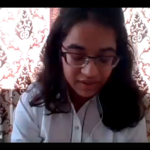 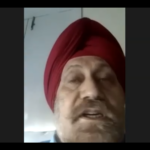 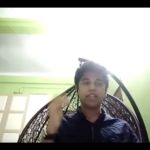 The moderator as well as one of the judges for the event was Prof. Dr. Suman Kumar Mukerjee, Director General at BESC, a fellow of All India Management Association, also a member of the Indo British Scholars’ Association, and a recipient of the Mother Teresa International Award for Excellence in Education. Formerly, he’s been a consultant and corporate trained to leading corporates such as ITC, just one of the names amongst a very long list also a member of the Bengal Chamber of Commerce and Industries. He gave a gist of points on which the speakers would be judged as well as pointed out the facts as to what makes a fellow a good orator/debater, the important details to keep in one’s mind being  Presentation that’s includes Pitch & Modulation, Style, Diction, Sensor of Humor & Repartee and Audience Contact and Matter which includes Logic and Refutation.

The debate started with an orator who spoke for the motion and was ended by the orator who strongly felt against the motion. Both sides of the party behaved as two sides of a coin picking up at the points ended by the opposition speaker and trying to prove that theirs is the one more valuable and correct. National Public Service the topic of the event while the orators speaking against the motion kept constraining it to the meaning of enrolling in the army and a violation of the democratic rights of the people of their freedom to choose which path or career to opt for, they also stated the preamble and the sections mentioned in the law at the end they even questioned about realizing whether they would be doing justice to the term citizen of India. The opposition speakers retaliated by presenting facts and figures to disprove their theories of NPS creating a constraint on an individual, in fact they even far to say that if every citizen found some time to devote to NPS not only would lead to an individual reaping benefits but also a growth of the entire economy. The opposition also made is very clear that NPS wasn’t constricted to army it also meant teaching the poor, free clinic for those who can’t afford medical treatment, pro bono cases taken on by the lawyers and many more.

The moderator Dr. Suman K Mukerjee, being a fellow debater himself raised points where he said that the team who was against the motion didn’t validate his expectation and didn’t come up with rebuttals which could have led to the other team being speechless. He then gave examples of what they could have spoken “that they do not have a leg to stand on as they are talking from their emotions, drama and unrealistic notions. He also mentioned that the issues of “Brain drain” and the lingual “should be mandate” did not have a correct play on the words by either of the teams.

Mr. Bhandari, praised the orators for not reading from any paper or device and appreciated the fact that they were quick-witted to include the rebuttal into their speech and still cover their points. He also spoke on the body language of the speakers and their pronunciation which required a little tweaking.

The organisers Shreya Gupta and Md Adan, the Presidents of the BBA- Event Management committee Dikshya Jha and Suyash Somvanshi along with Prof. Kaushik Banerjee Event Management Teacher Coordinator played a pivotal role for the success of the event.