Hosting an event on one of the most relevant facets of the virtual economy, “The Blockchain Technology and Its Relevance” was discussed by our esteemed speakers. It is a progressive stride towards a virtual systematic and safe system for trade.

Starting the event at our Jubilee Hall at the Bhawanipur Education Society College from 11:30 AM to 1:40 PM. The hosts for the event were Aatikah Khan and Varsha Gupta; where Ms Gupta gave a brief Introduction about what a blockchain and cryptocurrency is. Following the introduction, we were enlightened with the common glossary of the blockchain world. 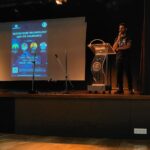 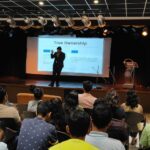 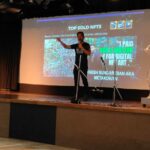 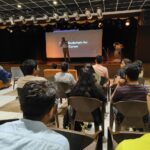 We were introduced to our renowned speakers of the day – Mr Harshit Aggarwal, Mr Aakash Banerjee, Mr Ajoy Das and Mr Samantak Saha. Beginning with the topic, Mr Aggarwal introduced us to his ventures as a founding member of Cointimes.in and Web 3.0.

The next phase had Mr Banerjee who serves as a Marketing Manager and Engineer, gave us an in-depth explanation about Distributed Ledger Technology and the encryption process. In a world where information is the most essential element which needs to be protected; the blockchain technology retains the prize for being anonymously distributed amongst several layers of protection.

The next speaker, Mr Das, took us through a deeper spectrum of Web 3.0 and the importance of being heard and highlighted as it holds relative prominence. He took us through the 5 important features like Decentralisation, Tamper Proof, True Ownership and Transparency. 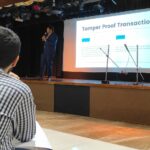 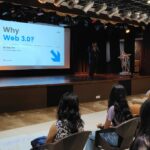 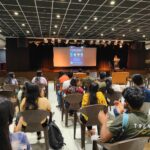 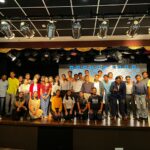 The last speaker for the day was Mr Saha, who serves as a Community Manager; he had emphasised on the importance of adapting to Blockchain and to retain this as a viable and lucrative career option. He had also emphasised on the consumers being the major building blocks of the community.

Mr. Aggarwal concluded the discussion and workshop with a bit more flare on NFTS and its prospects, providing a free NFT to all the attendees. This was shortly followed by a Quiz consisting of 16 MCQ questions, and the prize distribution ceremony. The event concluded with the felicitation and gratitude exchange between our institutions and our guests. This workshop was a great success and sheds light on why it might be the new normal in the near future.