On 17th February 2017 at 4:30pm the 6th Floor auditorium of the college witnessed a MOCK Annual General Meeting. Under the supervision of the Dean of Students Affairs Prof Dilip Shah along with the students of the BBA & B.Com Department Role played the entire event and organised it. 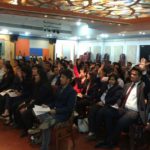 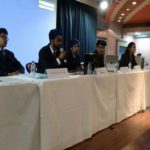 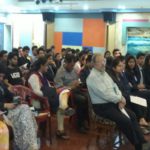 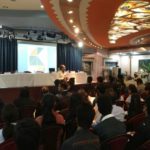 A company nameBe-ites Ltd with its product line dealing in Automobileswas mocked. TheChairman of the company was Avishek Sinha,Managing Director Kumar Rohan, Independent Director was Navneet Dugar, The Board of Directors were Raghav Bajaj, Jay kaushik, Rohit Daga, Pradum Rathi and Nidhi Sharma was the Company Secretary. Both ordinary business and special business was discussed in the Mock-AGM. A much emphasis was taken on the accounts of the company along with removal of Accountant and Re-Appointment.

The other members were Dr. Suman Mukherjee Director General of the College, Dr.TridipSengupta Co-ordinator (BBA), Prof Kaushik Banerjee, Prof Gargi Guha Niyogi and Prof Meenakshi Chaturvedi. The entire team of students and faculty members were quiet happy with the performance. Dr Suman Mukherjee also mentioned that educational emphasis like this is a must for each and every student as students gets practical exposure.

The Mock-AGM was well supported by Prof Gargi Guha Niyogi, Prof Meenakshi Chaturvedi under the supervision of Prof Dilip Shah, the Dean of Students Affairs.