Umang 2014 hosted the event 99 secs to fame which was judged by anchor and actor Vineet Jain and model Sneha Ghosh. There were 23 participants participating in the event took place at the main stage.

99 secs to fame is an interesting event where participants could showcase their talents. After the emcee called out the rules and regulations, the event started with the first participant performing locking and popping, a western dance form. Another appealing performance was a belly dance performed by Oindrila Bhakta. One participant, after his performance was disqualified because of naming the college he belonged to, which was against the rules.

The event ended with the judges being felicitated with flowers after which judge Vineet Jain said a few words of appreciation. 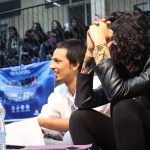 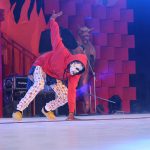 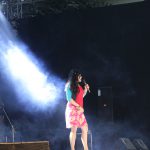