We have often heard Data Analysts working with different types of data, but have you ever wondered how these data types differ and why the difference is so important, what do these Data Scientists or Analysts actually do and why it is said that India needs an influx of talent in the Big Data Industry?  To ponder further on these questions, The Bhawanipur Education Society College organised a 3+ hour long workshop on “Data Analytics, Big Data Analytics and Social Media Analytics” in association with IBS ICFAI Business School on Saturday, October 10,2020 from 4:30pm onwards. The workshop received an enrolment of 261 enthusiastic students.

The workshop began at sharp 4:30 pm with the introduction of rules/protocols to follow by the student co-ordinator, followed by an introductory speech by Prof.Dilip Shah, Dean of Student Affairs, BESC wherein he voiced out his views on the new age technology and put forth the question to the speaker “Why is Big Data so important? What exactly it is ? And how do we deal with it efficiently? And what is the roadmap that one must follow to be an efficient Data Scientist or Analyst”.  Further he wished the participants a fruitful and enriching session. Followed by his wishes, the floor was taken by Mr. Abhishek Kundu, Assistant General Manager, ICFAI Business School who introduced the speaker and also put forth his observation that it was because of such workshops and sessions organised by BESC that ensures the students to crack MBA entrance exams so easily.

The speaker for the workshop was Mr.Avisek Kundu, who at current is positioned as Manager (Lead Decision Scientist- Machine Learning, AI & Advance Analytics) at Ernst & Young, LLP. Mr.Avisek Kundu is SAS US Accredited Trainer in Predictive Modeling. He has Conceptualized, Designed and implemented multiple trainings in Predictive Modeling, Machine Learning & Advance Analytics in IIMs, ISB, IIT, government & bluechip private companies in India, Malta, Europe & US. He is also EMEIA (Europe-Middle East -India & Africa) level facilitator and knowledge lead for EY and has designed and executed multiple EMEIA level programs in Predictive Modelling, Machine Learning, Advance Analytics across multiple verticals and sectors. His expertise in the field was clearly visible from the workshop 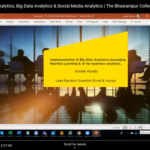 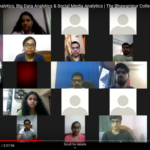 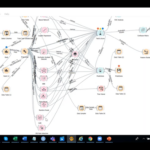 Once the floor was taken by the speaker, Mr.Avisek Kundu, he at first explained his role and the major doubt that any student has which is “ What exactly does a Data Scientist do ?”. In very simple words he explained the various “hats” that a data scientist wears normally in the corporate sector which are Management and Tech Consultancy via which he advises his clients and helps them in deciding the strategies and methodologies of acquiring the digital data and usage of it aptly, Data Scientist via which he himself works on data and Data Story Teller via which he explains the clients how the data is beneficial and how it impacts the business houses.

The next segment consisted of the speaker explaining the concept of big data and its history. He very briefly explained how the Big Data which is said to be new is actually not new and dates back to 3800BC when the population of just 1.5 lakh was considered as big data by the Babylonians. He further explained the evolution of the big data industry.

Once how data is used by different sectors was clear, he further explained what Big Data is currently and its characteristics i.e the 5 Vs of Big Data.  He explained that Big data analytics refers to the strategy of analysing large volumes of data, or big data and that big data is gathered from a wide variety of sources, including social networks, videos, digital images, sensors, and sales transaction records. Further he explained the aim in analyzing all this data is to uncover patterns and connections that might otherwise be invisible, and that might provide valuable insights about the users who created it and through this insight, businesses may be able to gain an edge over their rivals and make superior business decisions. He further went on explaining the 5Vs of Big Data that are Volume [Organizations collect data from a variety of sources, including business transactions, smart (IoT) devices, industrial equipment, videos, social media and more. In the past, storing it would have been a problem – but cheaper storage on platforms like data lakes and Hadoop have eased the burden.], Velocity [With the growth in the Internet of Things, data streams in to businesses at an unprecedented speed and must be handled in a timely manner. RFID tags, sensors and smart meters are driving the need to deal with these torrents of data in near-real time. ], Variety [Data comes in all types of formats – from structured, numeric data in traditional databases to unstructured text documents, emails, videos, audios, stock ticker data and financial transactions.], Variability [In addition to the increasing velocities and varieties of data, data flows are unpredictable – changing often and varying greatly. It’s challenging, but businesses need to know when something is trending in social media, and how to manage daily, seasonal and event-triggered peak data loads.] and Veracity [ which refers to the quality of data. Because data comes from so many different sources, it’s difficult to link, match, cleanse and transform data across systems. Businesses need to connect and correlate relationships, hierarchies and multiple data linkages. Otherwise, their data can quickly spiral out of control.]

Once the concept was cleared, the floor was open to a 5-minute question and answer round before the speaker resumed on presenting case studies and live projects.

After the question and answer round, he explained the data science eco system and what are the steps in data analytics and how to conduct them and what to keep in mind while conducting them and most importantly why to conduct those particular steps. He further went on to showcase the sites or tools that one can use to visualize and work with data and how can we actually operate it. He explained the Hadoop Architecture and how is it used and showed how dashboard can be used and how to correct them.

To summarise it all, the workshop was extensive and highly enriching and knowledgeable where the participants not only learned the theoretical concepts but also learned the practical side to it which was the major aim of conducting the session. The workshop was highly interactive with participants continuously asking questions. Towards the end the speaker expressed his views and thanked all the participants for being patient throughout. The workshop session ended with a quiz which aimed at testing the knowledge gained by the attendees.

The student co-ordinators of the workshop were Kashish Burman and Shreyans Jaiswal.