The second successful Drama & Theatre workshop conducted under the platform of Drama-Buzz (College’s official drama and theatre club) was held on 27th of February.  The guest faculty was Mr. Sumit Kumar Roy (Founder and team member at Rosikata, Past: 4th Bell Theatres) and teacher coordinator was Prof. Subhashis Das Gupta.

The session began with students gathering and making a huge circle, introducing themselves, but it was not as simple as it sounds! All the students were asked to introduce themselves in a dramatic manner. Each student came in the middle of the circle and introduced themselves with different forms of drama skills involving body movement and some even with dance move. Moving on, all played a number game in which Mr. Sumit called out a particular number from 1 to 10 and as the number was called out the students had to form a team of exact number. Students who failed to do so accordingly were eliminated from the game. It was followed with some warm-ups to enhance energy level and boost self-consciousness. Later everybody learnt how an object depicts different forms for different people. Volunteering individuals were chosen from the circle andwere asked to analyze a static image which was formed and to think what that image can portray. Different ideas came out which definitely were very interesting. By the end of the workshop, students were asked to team up in an equally and four teams were made. The basic idea was that each team had to portrayan image which other teams had to guess, that required a perfect team work, intellectual and physical effort. All four teams after time span of ten minutes of preparation time came up with astonishing images to be portrayed. Team C showed a perfect scene of Lord Krishna’s ‘Raath’ or ‘Chariot’ while one team portrayed a gym and all equipment.

At last, everybody sat down together recapitulated and discussed about how our Body Language plays almost 70-80% part in our speaking skills and how we are presented in front of others. 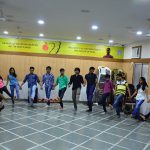 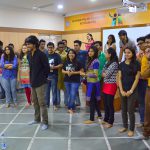 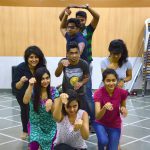 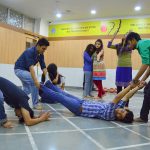 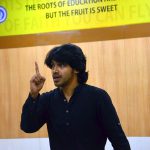 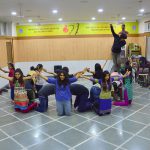 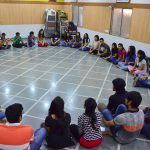 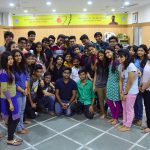